Best Things to Do & See in Ulaanbaatar

The city is main hub from which foreign tourists start their great adventure in this beautiful land.

Ulaanbaatar, the capital of Mongolia established 1639, is the country’s economic, cultural and a political center and has a number of tourist attractions where modern life comfortably blends with Mongolian traditional lifestyle.
Wide streets are flocked by modern cars, while horsemen and cattle are still common scene.

The Gandan Monastery is the largest and most significant Tibetan-style monastery in Mongolia and one of Ulaanbaatar’s most interesting sights. . Built in the mid 19th century and it currently has over 200 monks in residence. The Migjid Janraisig Temple is an important part of Gandan Monastery. The temple houses features a 26-meter-high majestic gilded statue of Migjid Janraisig. 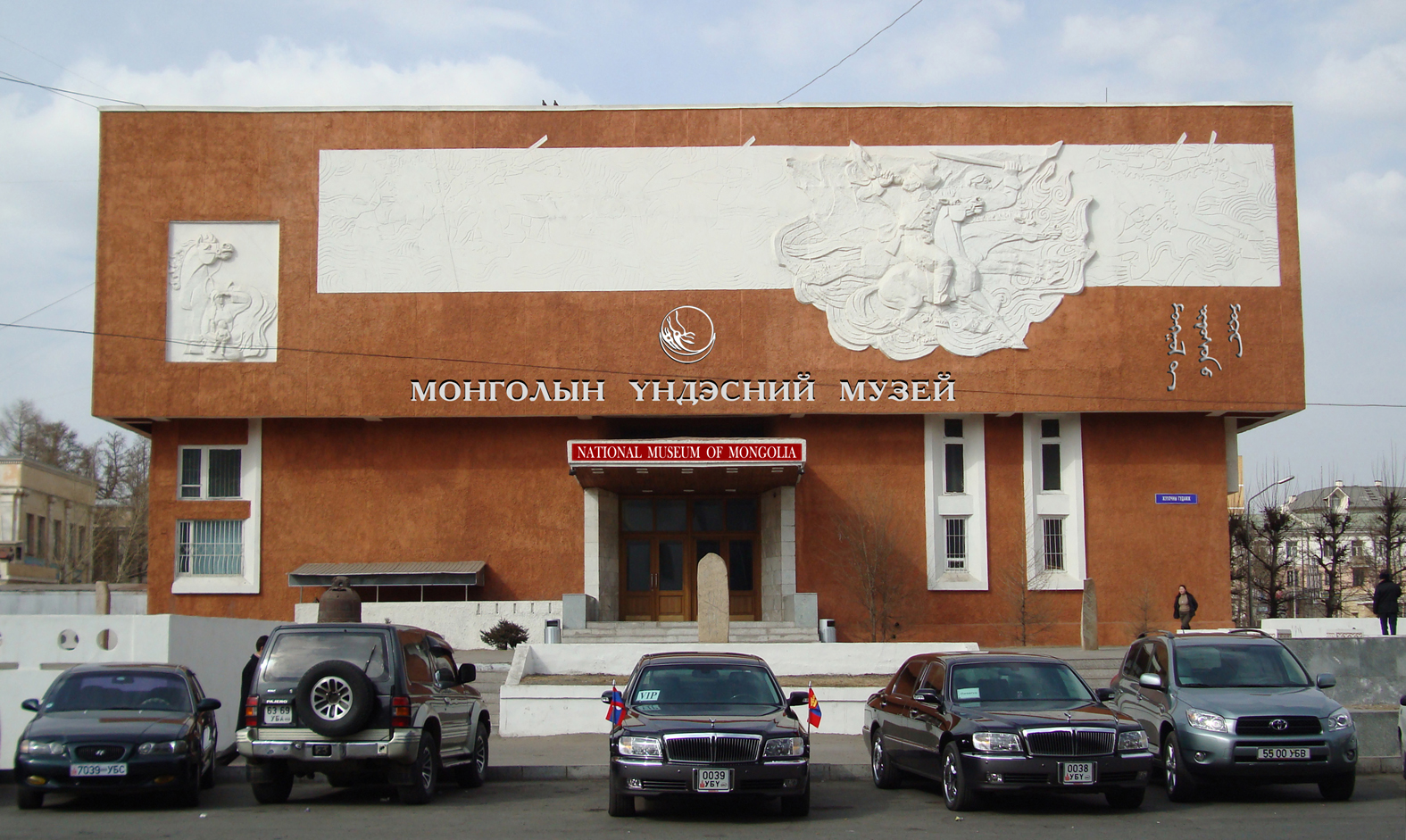 The Genghis Square lies at the heart of the city surrounded by theaters, government buildings and banks. There is a bronze statue of Sükhbaatar astride his horse, who is hero of the revolution, declared Mongolia’s final independence from the Chinese. The square now features . Another site of interest is the large construction site of massive bronze statues of Genghis Khan and his four warriors in front of Parliament House.

Mongolia is the country of dinosaurs; many world famous fossils such as complete fossils, eggs, fighting dinosaur etc from Gobi Dessert.
Central Museum of Mongolian Dinosaurs is newly operated from 2014, aimed to preserve cultural heritages, to document registered items and promote paleontology discoveries for public viewing.

Bogd Khaan Palace Museum - The complex was built between 1893 and 1903 dedicated to the 8th Bogd Javzandamba, the head of Mongolian religion. The palace museum consists of seven Summer Prayer temples and the winter palace. The collections of the museum include unique and valuable objects related to Mongolia's political, religious, and artistic history from the 17 to early 20-th centuries.

Zaisan Memorial Hill (or Zaisan Tolgoi) is located in the south side of Ulaanbaatar City, right beside the Bogd Khan Mountain having a best view of the city and surrounding hills. There are a 15 m high golden-yellow standing statue of Buddha besides the hill and a memorial statue on the top of the hill honoring soviet soldiers who fought against Japanese invaders in the territory of Mongolia and Manchuria in 1939 - 1945.

A giant tall statue of Genghis Khan(aka Chinggis Khaan) on a horse back near Ulan Bator, Mongolia, having height of 40 metres (~131 feet) on a 10 metre (~33 feet) high base is the tallest and largest equestrian statue in the World. Genghis Khan, who created World’s largest contagious empire and was a legendary horseman, is shown holding golden whip in his hand.

As Ulaanbaatar is becoming a metropolitan city, there have been a number of shopping centers, indoor and outdoor whole-sale markets and boutiques have been opening rapidly in the past couple of year. They offer wide variety of unique national brands which include cashmere, carpets, leather goods, camel wool products and organic food.

The State Department Store is the largest shopping mall in Mongolia, a leftover of the Soviet occupation. You can find cashmere and leather here, in addition to whatever else you might find in a department store. It occupies several floors. Mongolian souvenirs are generally found on the 5th floor. It's also a great place to stock up on backpacking and camping gear. Recently upgraded, it is open till early evening. 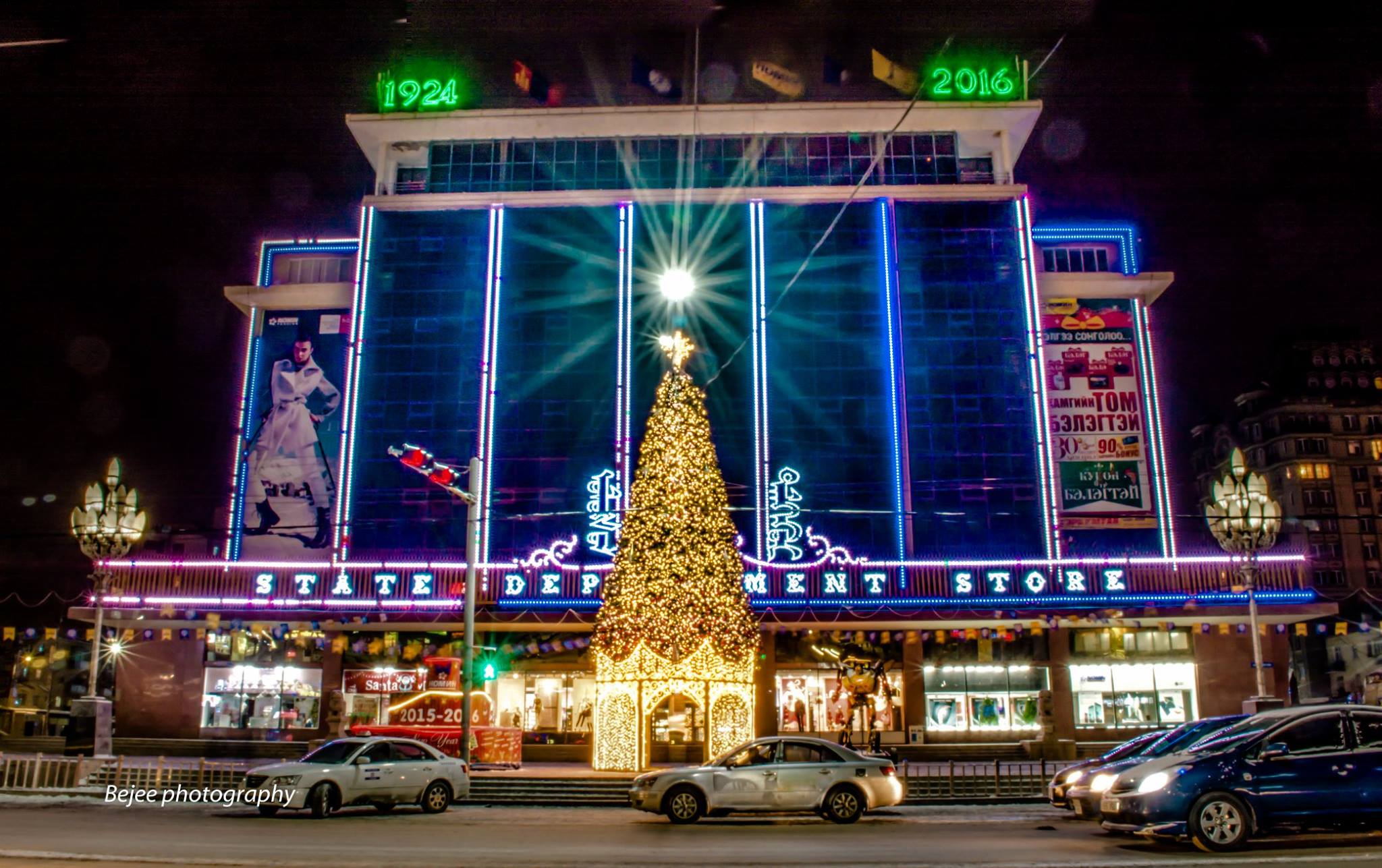